A collection of photographs which don't (at the moment) fit on the blog, or for which I haven't enough information about. The selection will increase as time goes on, so please check back. 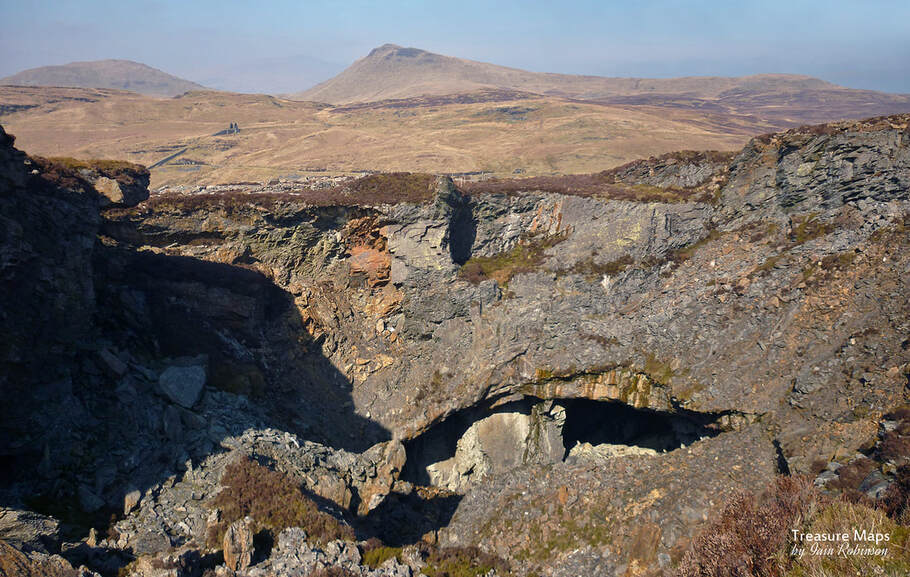 The Diffwys pit above Blaenau Ffestiniog. In the distance is the Rhiwbach No. 3 incline head and beyond that, Moel Penamnen.

The main mill with remains of overhead conveyors. 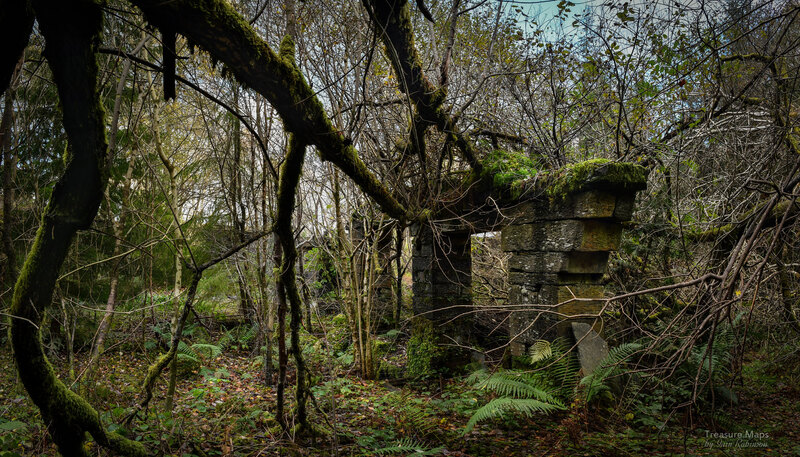 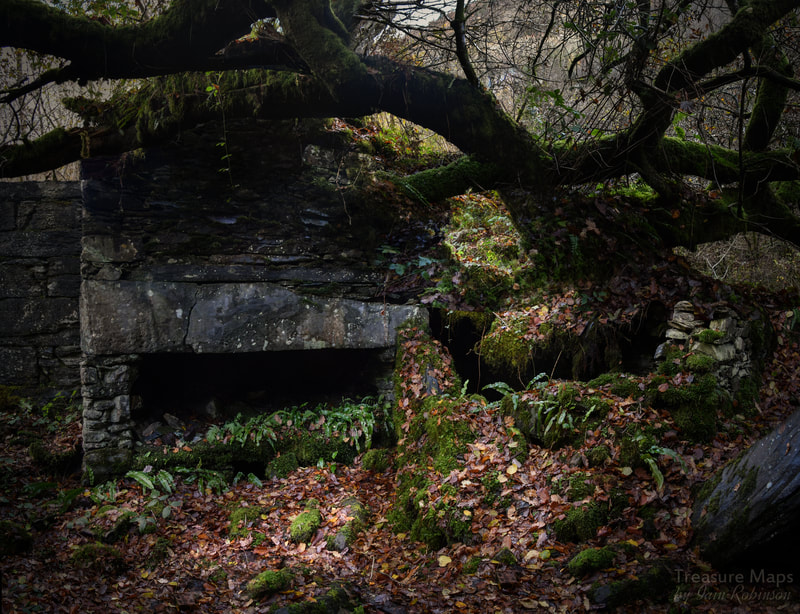 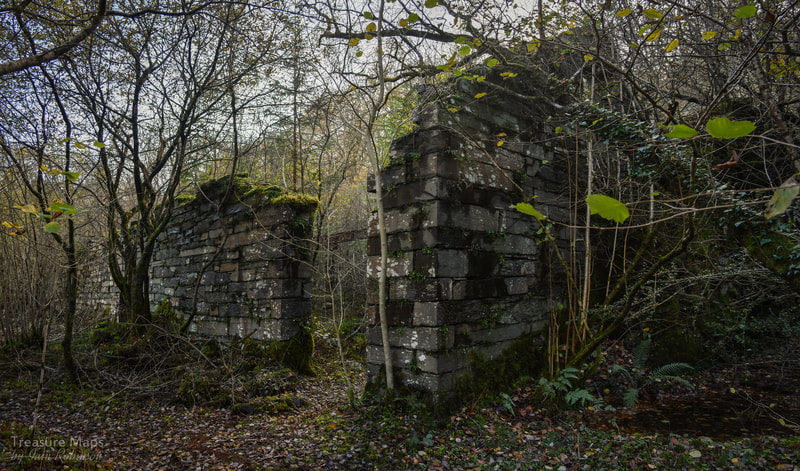 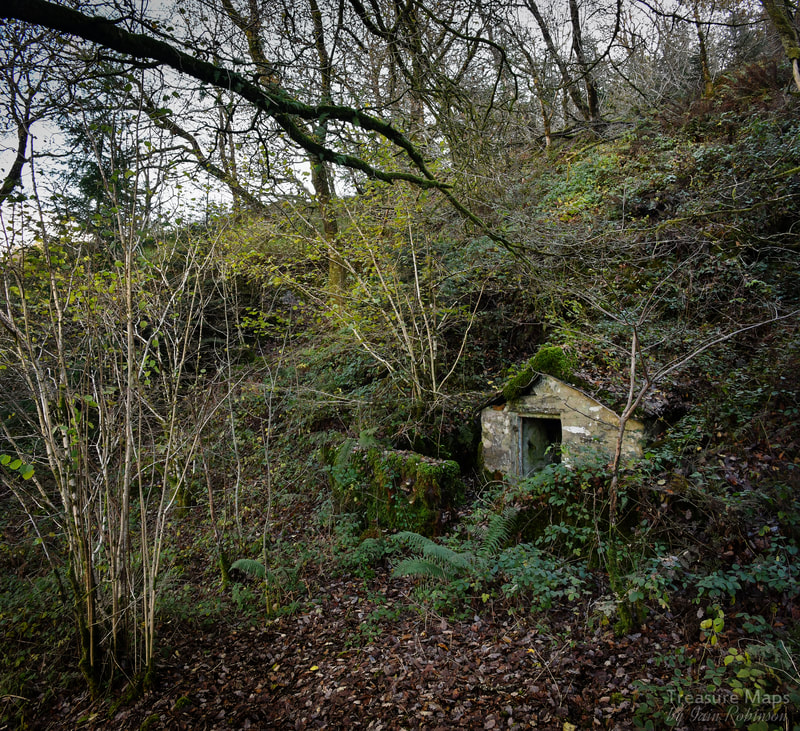 This is the powder house, a classic example with a low wall around. 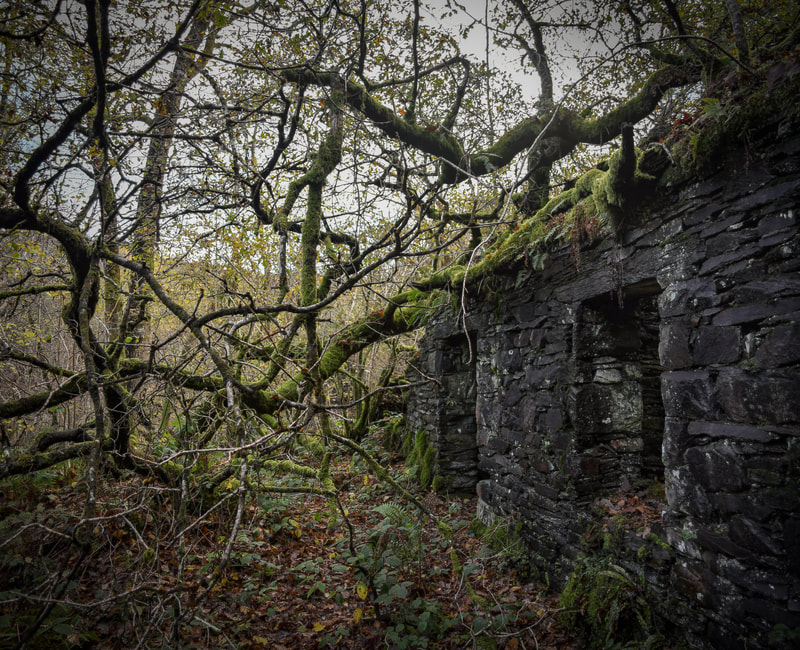 Above are some photos of Hafod Las slate quarry, above Betws y Coed. It's a fascinating site although best visited in the winter as the undergrowth is beyond a joke. 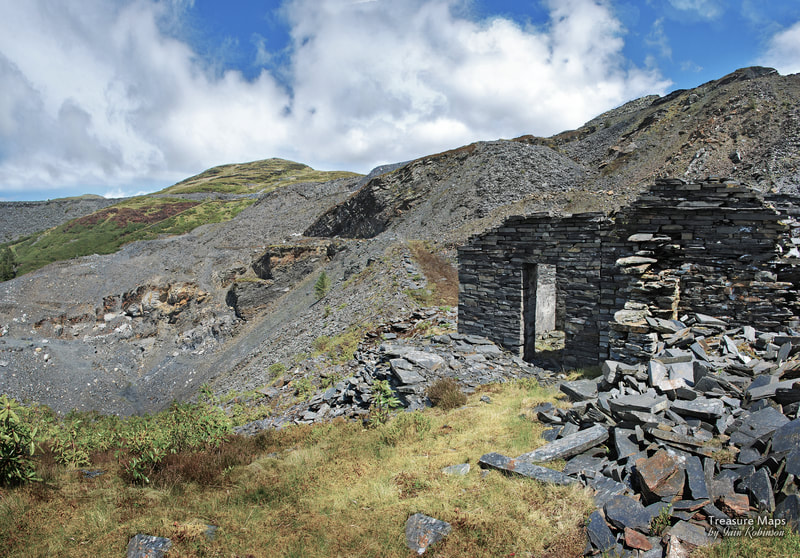 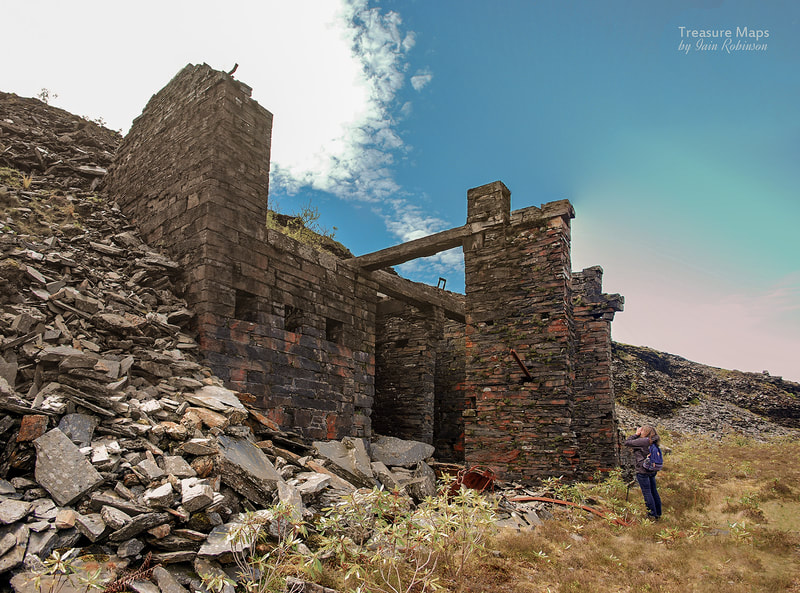 Here are a couple of shots from the top of the Tuxford Incline. For some reason, the drumhouse is covered in red fungus... 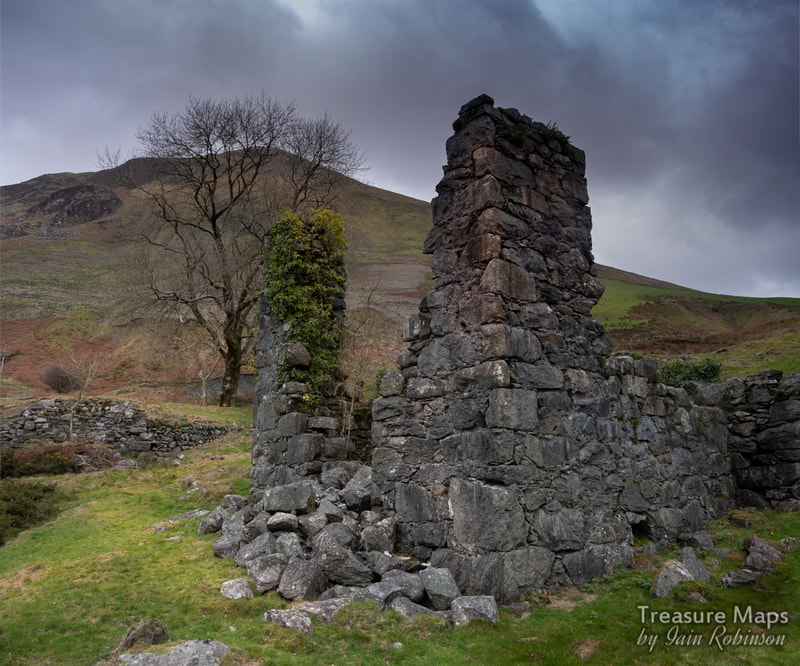 Cwm Cywarch
Above: a couple of Mid-Wales mines now, Bryn Tail East mine near the Clywedog Dam- and the remains of wheelpit and crusher house at Cwm Cywarch lead mine near Dinas Mawddwy. (Images open out when you click) 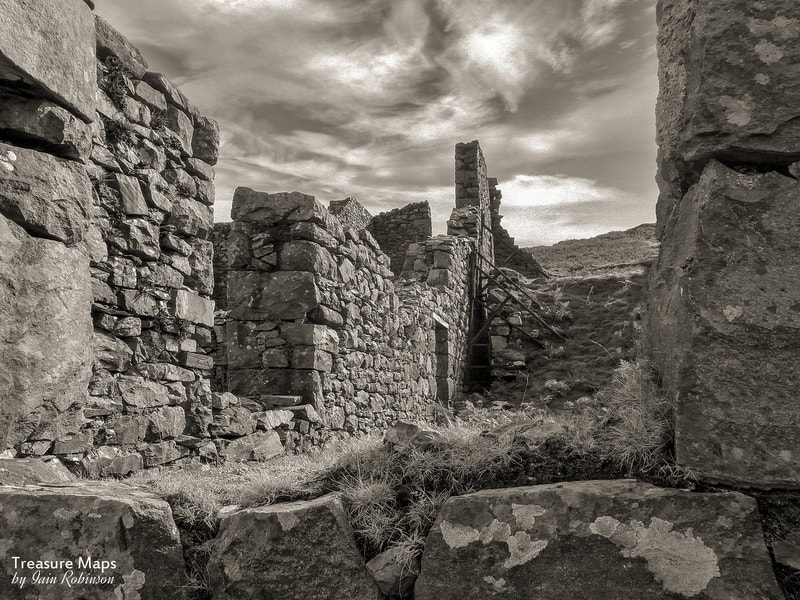 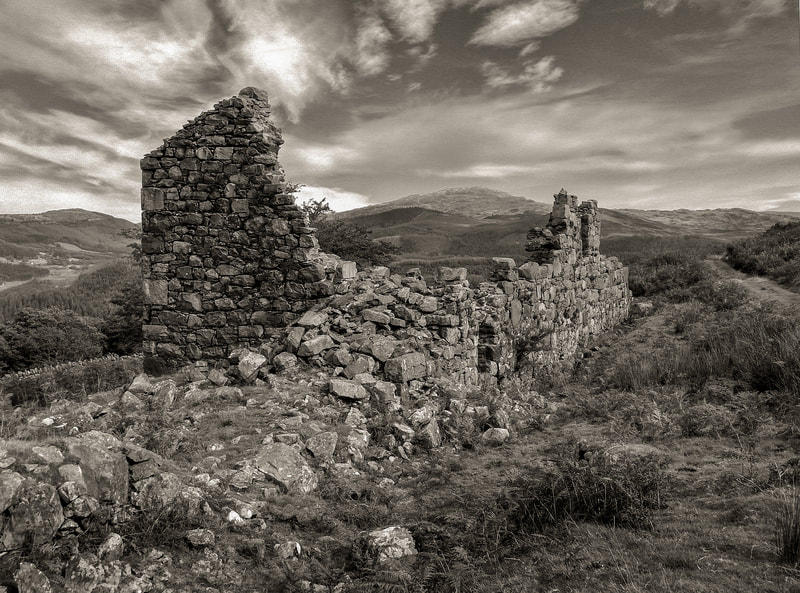 Above: Two shots of the New California processing area at Cefn Coch, near Ganllwyd. 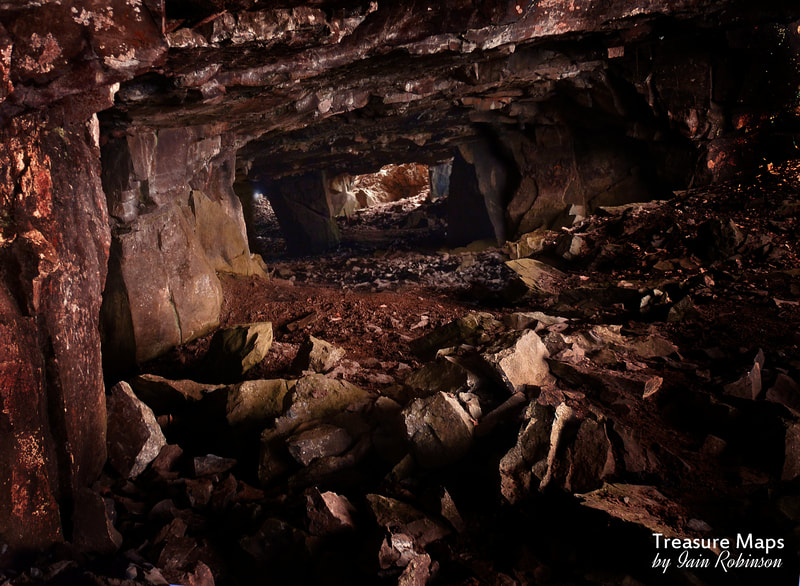 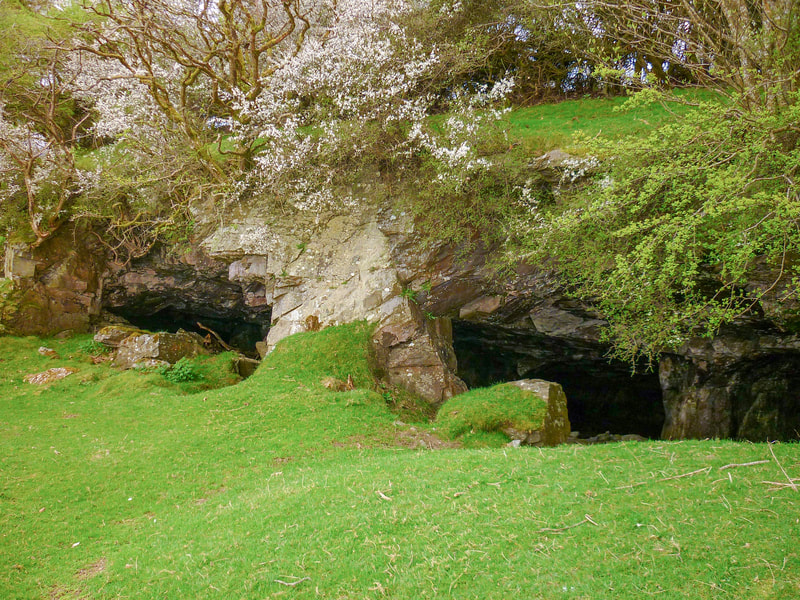 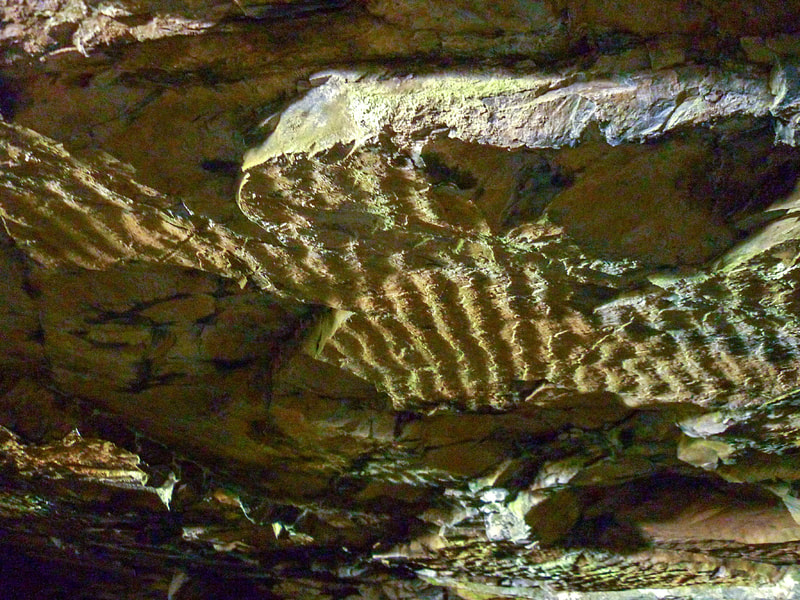 Above: some views of Carreg y Fron Limestone Mine near Bala. 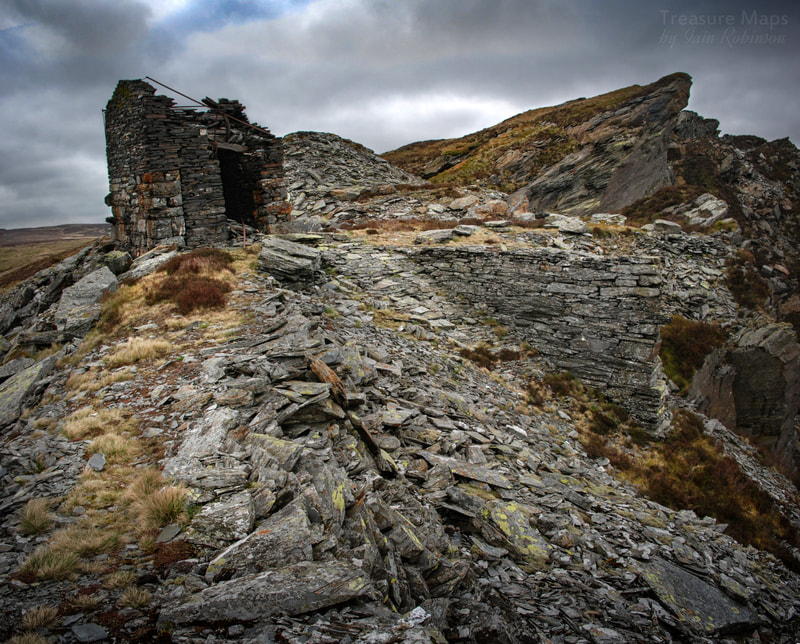 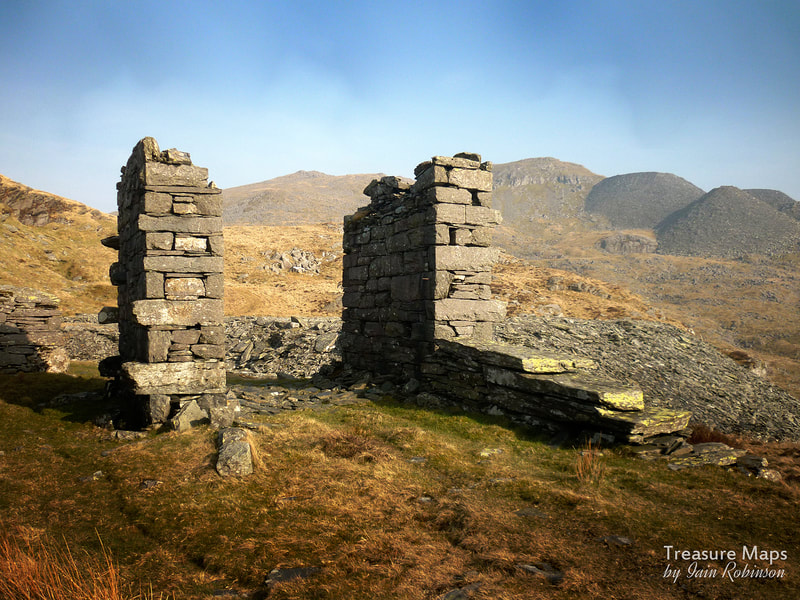 Above: On the left, the floor 9 drumhouse at Diffwys quarry. Right: A drumhouse on the way up to Diffwys, with the Manod tips in the background, mainly from the relatively new "Cwt y Bugail" operation..

Petra tries a photo from the jetty for the aerial ropeway at Cwm y Llan. 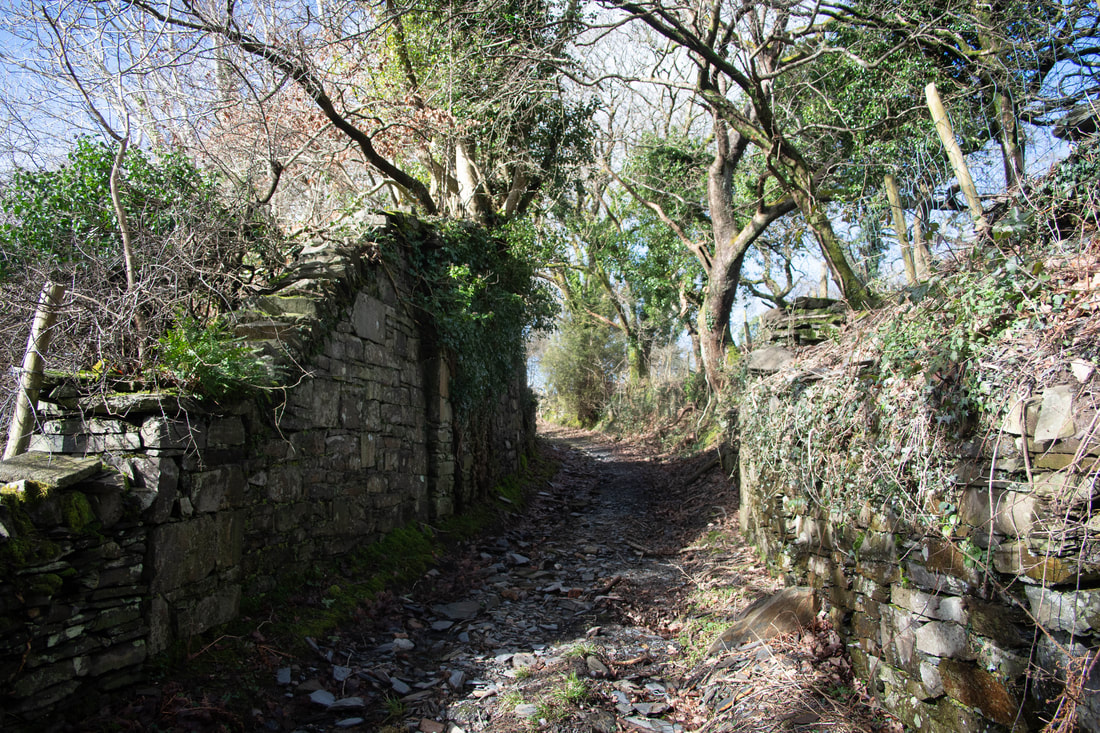 A view of the Gorseddau Quarry from the slopes of Moel Hebog. 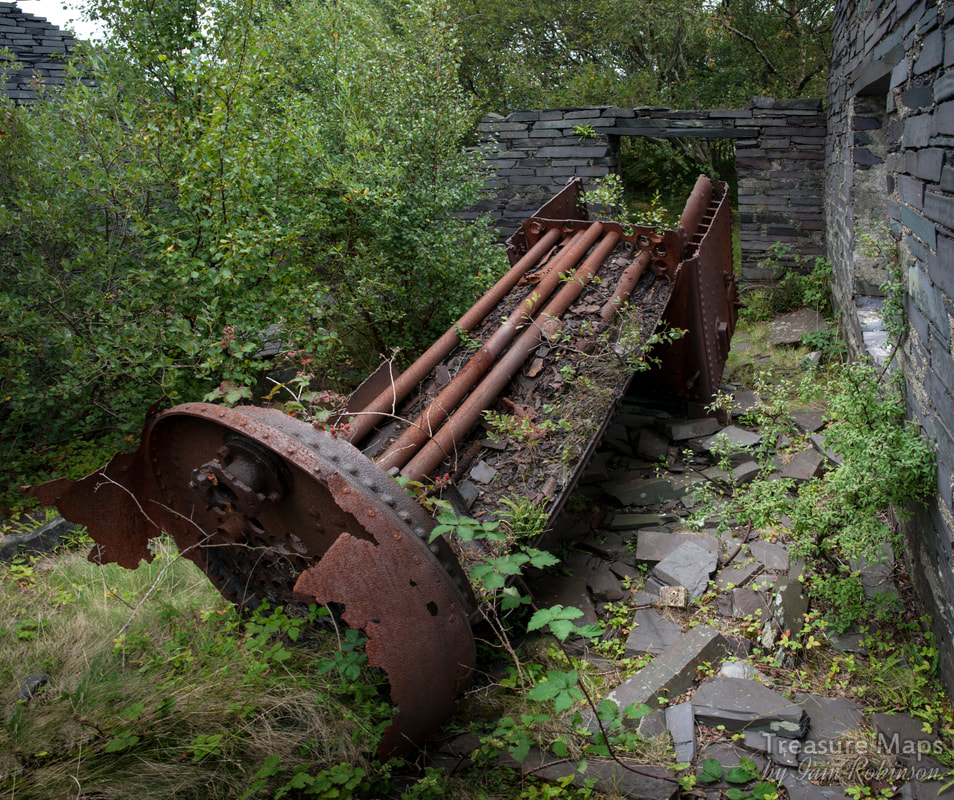 The remains of a Ruston portable engine at Dorothea quarry, 2017.

Submit your email to be added to the Treasure Maps contacts list.
​You'll receive an occasional newsletter alerting you to all the new content on the site.

© Iain Robinson and Treasure Maps, 2013-2030. Unauthorized use and/or duplication of this material without express and written permission from this site’s author and/or owner is strictly prohibited. Excerpts and links may be used, provided that full and clear credit is given to Iain Robinson and Treasure Maps with appropriate and specific direction to the original content.

​The depiction of a mine or site does not indicate that access is possible- permission should be sought before entering any private land.
Underground exploration should not be undertaken unless properly equipped and with at least one experienced member of the party.